More Evidence that Pluto Might Have a Subsurface Ocean

More Evidence that Pluto Might Have a Subsurface Ocean: The impact that created Pluto’s 'heart' may have rippled through its ocean and damaged its rear
Posted by Laurel Kornfeld at 1:55 PM No comments: Links to this post

Posted by Laurel Kornfeld at 9:03 PM No comments: Links to this post

Custer Institute Observatory Declares Pluto is a Planet: The Board of Directors of respected Astronomical Observatory, Custer Institute in Southold, NY has recently created a resolution declaring that Pluto is again a planet.
Posted by Laurel Kornfeld at 12:34 PM No comments: Links to this post 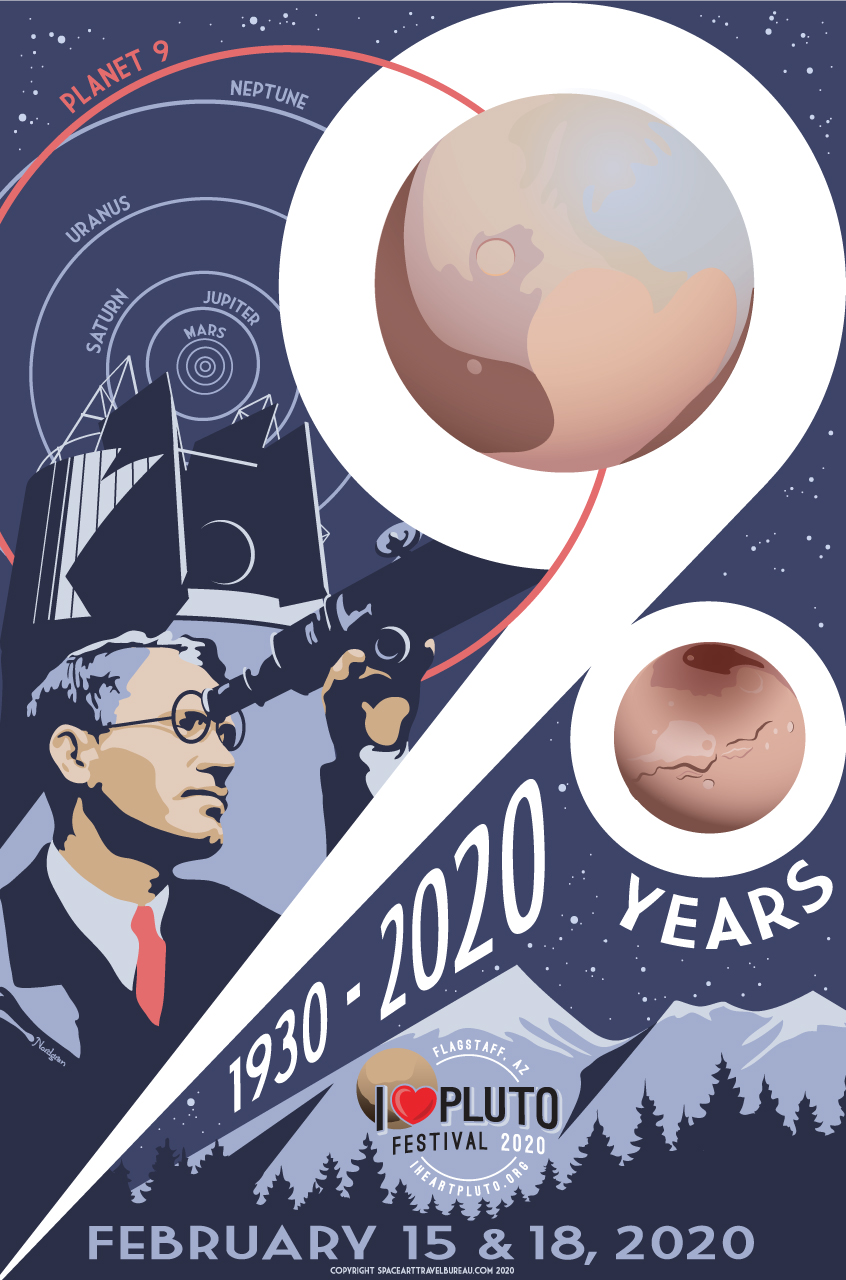 Today, February 18, 2020, marks the 90th anniversary of Pluto’s discovery by 24-year-old Clyde Tombaugh at the Lowell Observatory in 1930. The little planet that could has now been a part of our science, history, and culture for nine decades!

Pluto-themed art is on display for the event, and participants are being treated to tours of the renovated telescope, known as an astrograph, that Tombaugh used to take the photographic plates of the sky from which he discovered Pluto. Attendees also have the opportunity to see the blink comparator Tombaugh used to “blink” or move back and forth between two pictures of the same part of the sky taken several days apart to search for something that moved against the background stars.

On February 18, 1930, 24-year-old Tombaugh found that tiny dot that moved against the same field of stars taken on January 23 and January 29 of that year.

To commemorate the occasion, Mother Road Brewing Company, together with Lowell astronomers, has created a special “Pluto Porter” brew. Celebrants will dine today at Flagstaff’s Karma Sushi Bar and Grill, which was The Black Cat Café in 1930, where Clyde Tombaugh dined on the afternoon of the day he found Pluto.

Karma Sushi Bar and Grill has even created a special “Pluto Roll” for the occasion.

This time around, Tombaugh is getting far more recognition and accolades than he did upon making his discovery. Back in 1930, the Lowell Observatory credited the late Percival Lowell, founder of the observatory, who had died in 1916 after devoting his life to searching for a planet beyond Neptune. Tombaugh’s name was not even mentioned in a circular released by the Observatory announcing the discovery. Instead, he was referred to as a “junior astronomer.”

Personally, I deeply regret not being able to attend this Pluto-lovers’ celebration at the Lowell Observatory, much as I regret never having met Clyde Tombaugh.

If he were here, Tombaugh would have a lot to celebrate. Over the past five years, and especially within the last year, consensus among both scientists and members of the public that Pluto is a planet and that the IAU got it wrong in 2006 has been steadily growing. Even the media has picked up on this, with some coverage acknowledging the many problems inherent in the 2006 vote by just four percent of the IAU’s members.

What has played the largest role in turning the tide in favor of Pluto’s planethood is without question the New Horizons flyby data. One simply has to look at the varied terrains on Pluto’s surface to see what is obviously a planet. Before the flyby, many scientists expected Pluto to be a dead rock. Instead, the spacecraft and its science instruments revealed a geologically active world with weather, a hazy atmosphere, interaction between atmosphere and surface, floating glaciers, windswept dunes, water ice mountains, cryovolcanism, and very likely a subsurface ocean.
The latter adds Pluto to a growing list of ocean worlds that could potentially host microbial life. Solar system worlds known or suspected to harbor subsurface oceans include Ceres, Jupiter’s moon Europa, Saturn’s moons Titan and Enceladus, Neptune’s moon Triton, and now Pluto.

From the time of its discovery until today, Pluto has had a hold on people, has fascinated so many to the point that both scientists and journalists are often puzzled. What is it about this world that is so compelling? Those supporters who claimed that children who learn an eight-planet solar system will not share this excitement over Pluto have largely been wrong. Children as young as three, four, and five have gotten media coverage for rejecting the notion that Pluto is not a planet! Many school age children refuse to see Pluto as anything but a planet.

Continued opposition to the IAU demotion is not limited to children. More and more scientists are gradually coming on board the Pluto-is-a-planet train. After a debate last April between Alan Stern and Ron Ekers of the IAU, audience members voted overwhelmingly in favor of Pluto’s planet status.

Just last week, an article was published in a North Jersey newspaper about the 90th anniversary of Pluto’s discovery, in which an astronomer who gave a talk about Pluto last April was interviewed. He reported that after three people approached him following his talk and made the case for Pluto’s planet status, he spent a lot of time considering their points and finally came to agree with them. While he doesn’t mention any names, I was at that event with a friend, and it is clear that two of those three people were my friend and me!

In 2015, as the Pluto flyby approached, I had fears that even though New Horizons’ findings would excite and fascinate people, they would not be enough to change people’s minds. What if the reactions of scientists, reporters, and members of the public were, yes Pluto is fascinating and beautiful, but it is still not a planet? Some did react that way, but over time, the New Horizons data and images are working their magic.

Just this month, a paper by planetary scientist and astrophysicst Tanguy Bertrand of the NASA Ames Research Center was published in the Journal of Geophysical Research: Planets noting that Pluto’s iconic heart feature, which definitely made people fall in love with the small planet, actually behaves like a “beating heart” in controlling Pluto’s winds and possibly even shaping its surface features.

Pluto has weather, and understanding that weather, which is based on a hydrologic cycle involving nitrogen, could actually help scientists better understand Earth’s atmosphere, Bertrand stated. And it has geological processes seen elsewhere in the solar system only on Earth and Mars! Alan Stern once described Pluto as the most Earth-like solar system planet other than Earth itself!

In 90 years, we have gone from a tiny dot that could not be resolved into a disk by the world’s largest telescopes to a gorgeous planet, complete with a beating heart! If only Tombaugh could have seen and known the full nature of his discovery!

Every day, that discovery is defying the IAU and mainstream media in revealing itself as a planet. As New Horizons planetary scientist Cathy Olkin noted, “I naturally refer to Pluto as a planet because that seems like the right moniker. It has an atmosphere; it has interesting geology; it orbits the sun; it has moons. 'Planet' just seems right to me.”

Let’s raise a toast to celebrate the discovery of this iconic, unforgettable planet and 90 years of it inspiring people of all ages, backgrounds, and walks of life. And then, let’s get to work on sending an orbiter to unravel even more of Pluto and its system’s mysteries.


Posted by Laurel Kornfeld at 2:55 PM No comments: Links to this post

Looking Back: A New Horizons New Year's to Remember by Alan Stern


http://pluto.jhuapl.edu/News-Center/News-Article.php?page=20200102
Posted by Laurel Kornfeld at 7:29 PM No comments: Links to this post

Happy New Year - See in 2020 with some wonderful 4K views of Planet Earth!

Posted by Laurel Kornfeld at 3:55 PM No comments: Links to this post 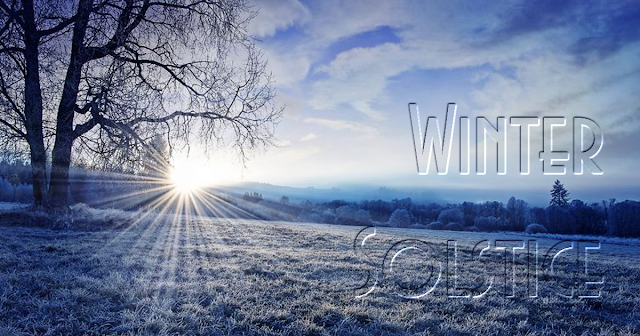 For as far back as 10,000 years, Winter Solstice has been celebrated as a major turning point in the year. That profound moment—and season—when darkness reaches the limits of its power and gives way to light has always been one of the most powerful and universal symbols of hope for humanity.

This is a time of year when even people who don’t usually pay attention to astronomy give thought to the cycles of the life-giving Sun and the ever-changing Moon. The latter stabilizes Earth’s axial tilt, which is responsible for our seasons, without which those seasons would be far more unpredictable and erratic.

One year ago, we were getting ready for the furthest ever visit by a spacecraft to a celestial object—New Horizons’ flyby of Ultima Thule, now known as Arrokoth, in the early morning of New Year’s Day. That accomplishment stands as a triumph to human exploration and capability, in a year that too often showed us humanity’s darker side.

No New Year’s Eve will ever live up to the night of that flyby, which featured not one, but two countdowns, one to the New Year, and another, 33 minutes later, to New Horizons’ closest approach to Arrokoth, along with a live release of a tribute song to the mission by Queen guitarist and astrophysicist Brian May.

Data from the Arrokoth flyby will continue to be returned to Earth through September 2020.

There is so much that is still wrong in this world—the advance of climate change, hate and violence against various communities, far too many mass shootings, government corruption, poverty and targeting of the poor by those in power. Too often, these overshadow the bright moments of the year like the New Horizons flyby.

Understanding the science of the seasons somehow does not in any way diminish this moment’s meaning as a triumph of hope. For ancient people, the return of the Sun marked salvation from darkness and death. For us today, what some describe as the “holiday spirit” is not so different from what it was to people millennia ago. There is something primal within us all that welcomes the reprieve from darkness and death that comes with the return of the light.

In this difficult time, when we face the existential threat of catastrophic climate change, we need hope. The Winter Solstice gives us that hope, if we genuinely pay attention to it. Just as night always yields to day, our efforts have the power to transform a world in peril to one of harmony, healing, and triumph.

So let’s raise a toast to a better year, a better decade, and a better world! Happy Solstice!

"The bright Child's awoken
with blessing for you.
The promise is spoken
that love is your due,
and here, for a token,
a symbol that's true...
The darkness is broken!
The Light comes anew!"
~from the song, "Bright Child, Magic" by Jessica Radcliffe

Posted by Laurel Kornfeld at 2:04 PM No comments: Links to this post