Winter Solstice: "From out the womb of night is birthed the Infant Light" 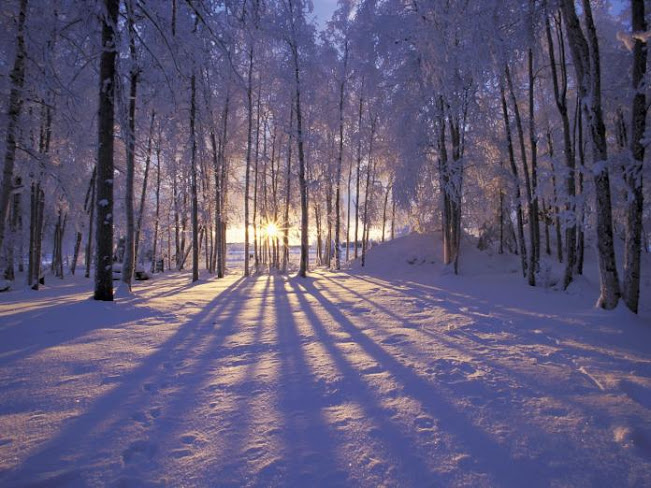 “Dark ruled the Earth, and death has reigned,

But on the Wheel does spin!

From out the womb of night

Is birthed the Infant Light!

The Sun, the Sun, has come again!”

~from “Solstice Joy to the World”

The year 2020 has in some ways gotten a bad rap. Yes, it was unlike anything anyone expected last New Year’s, and it brought with it pain, suffering, and loss on a global level.

But in a very real sense, the global pandemic, the many powerful hurricanes, and the resulting economic tragedies cannot be blamed on the year. To one extent or another, all of these are rooted at least somewhat in long-term destructive human activity such as habitat destruction; 150 years of greenhouse gas emissions; and treating nature as something to plunder and hoard rather than a living web of which we all are a part. To paraphrase Shakespeare, the fault is not in our year, but in ourselves.

Yet at this time of year, which so many view as sacred, we can see hope. Many cultures have for thousands of years viewed the Winter Solstice as the symbolic rebirth of the Sun after a long period of darkness. This year, we need that hope more than ever.

Ten years ago, on the Winter Solstice, some parts of the world were treated to a stunning total lunar eclipse. This year, we have a rare conjunction of the solar system’s two biggest planets, Jupiter and Saturn, on Solstice night. The two planets have been moving closer together in the sky for quite a while, and tonight, they reach their closest point to one another in the western evening twilight.

Everyone has had to make adjustments this year. Among those adjustments has been a turn to astronomy as a source of comfort. Many people have reported in social media and on blogs that astronomical observation, reading about astronomy, or watching programs about it have served as calming, comforting influences during the most difficult periods of their lives.

Finding comfort and joy in astronomy and in nature are good things. Recognizing that we need to find a different way to live, a way to be in harmony with nature, is necessary for our survival, given that we are running out of time to address catastrophic climate change and its many adverse effects, including pandemics.

This season has long been viewed as a time of miracles, magic, and wishes coming true, a time when anything can happen. I believe that primal joy is directly related to the return of the light. The moment when the advance of darkness is halted, when darkness and death give way to light and life, even if the latter are now only an unseen promise, is at its core about hope.

We now have the hope of two vaccines, which will be distributed worldwide in the months ahead. And we have the knowledge that we can do things such as reduce our carbon footprints and the amount of pollution we generate—as happened during the lockdowns—to avoid further environmental catastrophe.

In the space community, we have seen the US return, after nine years, to launching astronauts on American vehicles from American soil to the International Space Station. We have seen more countries decide to return to the Moon, whether robotically or by returning people there. The Star Trek world of a brighter future is still possible.

None of this will be easy. But in the words of writer Madeleine L’Engle, “Now we leave our tears for mirth. Now, we sing, not death, but birth.” As darkness gives way to light, on this shortest day and longest night, hope is born anew, for all people, and for all who call this planet home.


Posted by Laurel Kornfeld at 3:00 PM No comments: