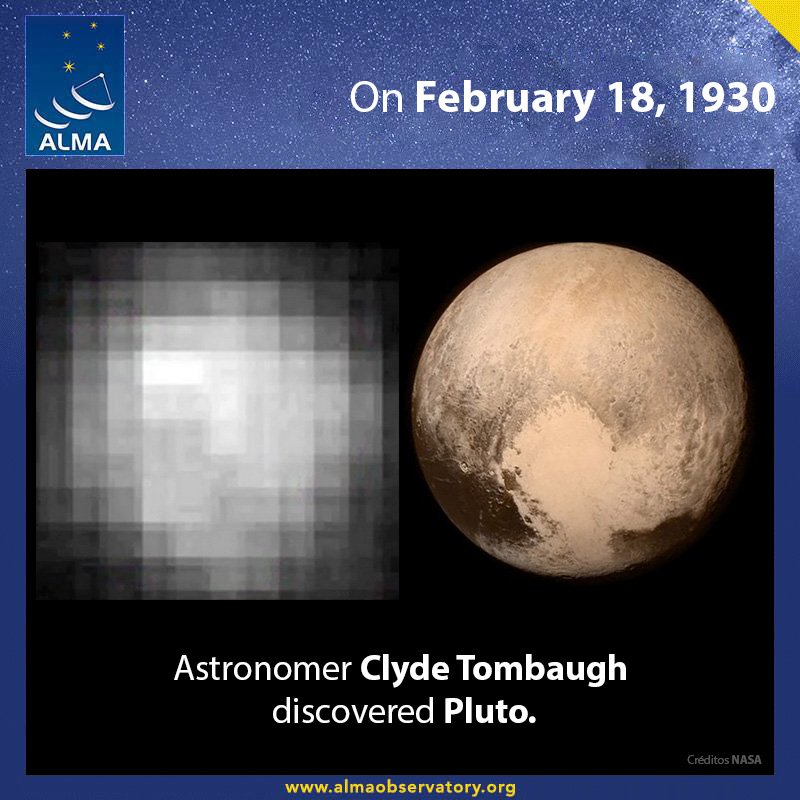 Today is the 91st anniversary of Pluto’s discovery by Clyde Tombaugh on February 18, 1930, and in honor of the occasion, the Lowell Observatory held an amazing six-night virtual “I Heart Pluto” festival that just concluded.

For those who may have missed the live events, all programs and presentations area available for viewing on the Lowell Observatory’s YouTube channel.This was not the observatory’s first “I Heart Pluto” celebration, but it was the first virtual one and therefore the first I attended. The fact that people around the world could attend is a silver lining to a very difficult time, and I hope that even once live events resume, Lowell will do a livestream virtual event alongside the in-person one.Over the last six nights, there was a lot of discussion of “Pluto culture,” of Pluto’s far-reaching impact, not just in science but in the arts and humanities as well. Pluto artwork is on display and for sale at the I Heart Pluto website.And in a fortuitous coincidence, NASA’s Perseverance rover successfully touched down on Mars on this 91st anniversary of Pluto’s discovery.Yes, Pluto culture is a thing. It is a beautiful, inspiring thing, centered on a tiny planet that touches both minds and hearts. Pluto has a pull on so many people; it fascinates and inspires in an intangible way that is difficult to put into words. That type of inspiration is what produces not just great science but also amazing art, music, writing, etc. Once it’s in your blood, it stays forever.As noted in the event’s closing discussion, the ridiculous IAU vote in 2006, followed by New Horizons’ flyby in 2015, only served to make Pluto more beloved and more popular.What makes Pluto have lasting power as an astronomical rock star? Is it the fact that it, its discoverer, and the spacecraft that revealed it to the world are plucky underdogs who cannot be kept down? Is it the beauty of its many exotic terrains revealed by New Horizons? Is it that an object that was supposed to be a dead rock turned out to be so geologically active?Or is it all of these things and more, waiting for us at the frontiers of the solar system?

Ninety-one years ago, in the depths of the Great Depression, people found hope and promise in the unlikely discovery of a new planet. In many ways, today’s pandemic and economic crisis are a reflection of the despair and deprivation so many experienced at that time. On this day of discovery, the success of a very complex maneuver that landed a robotic probe on the Red Planet, and the continued inspiration Pluto is to so many once more offer hope and promise even in the darkest of times.
Posted by Laurel Kornfeld at 10:50 PM