Pluto, the IAU, and the Planet Debate: Where Do We Go From Here? 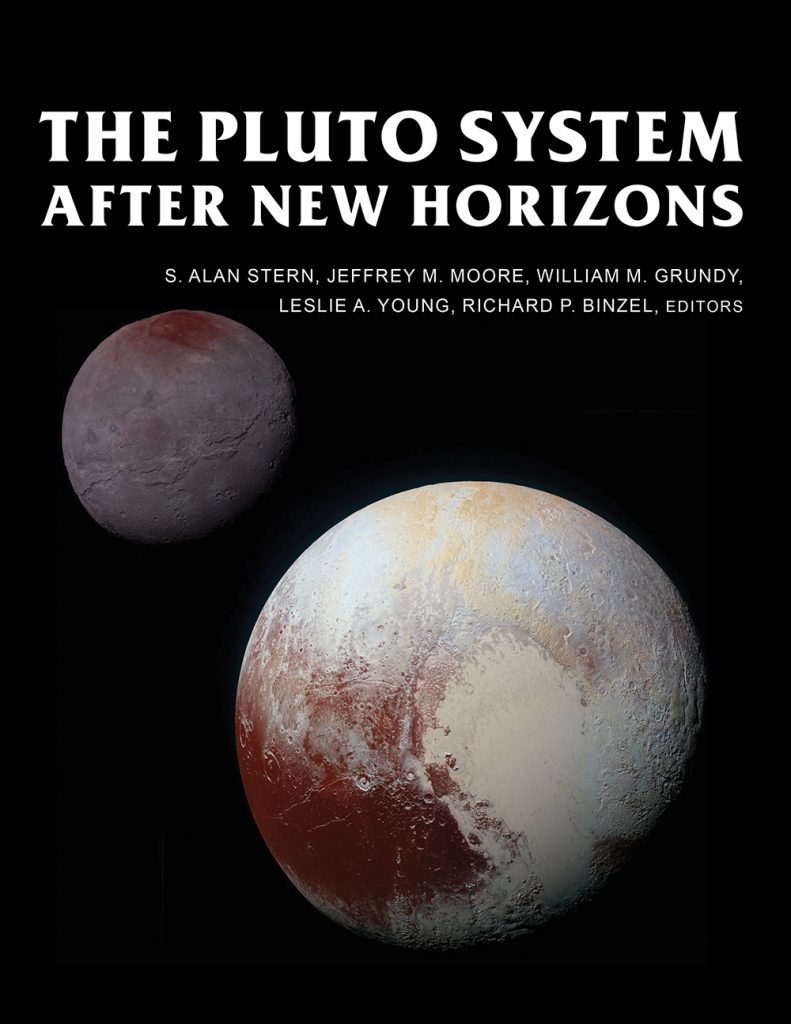 Fifteen years have passed since the debacle perpetrated by four percent of the IAU when the group violated its own bylaws and adopted a controversial planet definition that it then attempted to impose on the world.

The event was not just, as New Horizons principal investigator Alan Stern accurately described, “an embarrassment to astronomy.” It was also an embarrassment to journalism because the media chose to report that vote as a seismic change to the solar system rather than what it actually is—one position taken by one very limited group of people, rejected by an equal number of people in the field.The anniversary, especially as one that ends with a “0” or “5,” means it’s time for the usual media reports that present the IAU definition as the only “truth,” with the usual insulting adjectives for those who reject it, referring to us as “disappointed,” “sore,” “dismayed,” etc. Those words are derogatory because they characterize dissenters as people motivated by emotion. The reality is that many, not just a few people, including most of the world’s leading planetary scientists, dissent with the IAU position and reject it in favor of the geophysical definition presented by Kirby Runyon at the 2017 Lunar and Planetary Sciences Conference or other alternative definitions that do not require orbit clearing for planethood.A kids’ article in the Washington Post even went as far as claiming August 24 is celebrated as an “international holiday,” Pluto Demotion Day, by scientists worldwide. This could not be further from the truth. Unfortunately, after a decade and a half, the media continues to misrepresent this issue, doing a tremendous disservice to readers.This year, Science News does a better job in discussing the milestone, quoting Kirby Runyon on the geophysical definition and doing so not just in one sentence tagged on to the end. Writer Lisa Grossman even admits she may be coming around to supporting a more inclusive rather than exclusionary definition.Of course, there is the usual line by Mike Brown, who claims, “Fifteen years ago, we finally got it right. Pluto had been wrong all along,” and “If you dropped me in the solar system for the first time, and I looked around and saw what was there, nobody would say anything other than, ‘Wow, there are these eight — choose your word — and a lot of other little things.’ ”Brown is wrong on both counts. There is nothing “final” about the 2006 IAU vote, which violated the organization’s own bylaws. Numerous discoveries of additional solar system planets and exoplanets have been made since then. New Horizons revealed Pluto to the world and showed it to have complex planetary processes, some seen elsewhere in the solar system only on Earth and Mars.No one got anything “right” in 2006. Pluto was never “wrong”; instead, it represented a new subclass of planets that had just started to be discovered. Unfortunately, some could not wait for the spacecraft to reveal this and didn’t care to use its revelations to revise their flawed conclusion.

It is interesting that Brown presumes to speak for aliens who might be “dropped into the solar system” and in doing so, projects his view onto them. What any alien would see would depend on their level of technological advancement and what they are looking for.  Some might see only Jupiter and Saturn and think the system has no habitable planets. Others might focus on small planets that could serve as outposts of intelligent civilizations and specifically look for worlds like Pluto and Eris.

Anyone from an advanced civilization would clearly discern that solar system planets come in many types. Rather than see just “eight big things,” they likely would see rocky planets, gaseous planets, and smaller dwarf planets. If they looked at Pluto up close, they very likely would see its round shape, and think planet, as per what Alan Stern describes as the “Star Trek test.”

Actually, if they looked at the Pluto system up close, they would see a binary or double planet system, the only one in the solar system. Rather than orbit Pluto, the four small moons orbit the center of gravity, known as the barycenter, between Pluto and its large moon/fellow planet Charon.

Unfortunately, most science reporting in the mainstream media does not involve a lot of research. Most of the journalists who write these stories are generalists who are not well informed about their subjects and do just cursory research before writing their stories.In the planetary science world, things are very different, as the Science News article indicates. The IAU definition there has clearly been a failure. It is seldom used by planetary scientists, and new developments have made its logic significantly more tenuous over the last decade and a half.Take one exoplanet discovery: the L 98-59 system, a red dwarf star with as many as five Earthlike planets, just 35 light years away. Two of those five, which still need to be confirmed, orbit in a different plane than the other three and therefore cannot be detected by the transit method, which searches for the dimming of a star’s light as a planet passes in front of it. These same two are also the star’s largest planets, and one of them may be in the star’s habitable zone.If planethood requires all objects in a system to orbit on the same plane, then what are these two objects?

The science that has been done in the last 15 years, the discoveries made, are what weaken the IAU definition the most!

Where do we go from here? Over a decade and a half, the IAU has shown complete intransigence in making clear it never wants to revisit this issue, discoveries and new science be damned.It’s time to forget the IAU and find another path forward.

At the same time, Alan Stern and the New Horizons team have published the textbook of the generation, The Pluto System After New Horizons, which will serve as the textbook for college and graduate studies on the subject.

What we need now is the formation of a planetary science group that will distill the findings in this book and come up with K-12-level discussions of Pluto and its place in the solar system, with which it can approach textbook publishers and educators. These can and should be incorporated into the textbooks’ depictions of the solar system.A formal organization grants a level of legitimacy that is badly needed to represent the view opposing the IAU definition. Such a group, ideally composed of both professionals and amateurs, can publish articles, newsletters, a web site, and even books that teach the controversy rather than promote one side.

Ultimately, the geophysical definition is not so much about Pluto but about a much more expansive, inclusive, exciting view of the universe, one in which there is always more to discover, more to understand, more to question.Since the IAU vote, the world has added nearly another billion people to its population. It is time to do right by them and give all eight billion people on Earth the opportunity to know the whole story of the solar system and worlds beyond.
Posted by Laurel Kornfeld at 7:05 PM