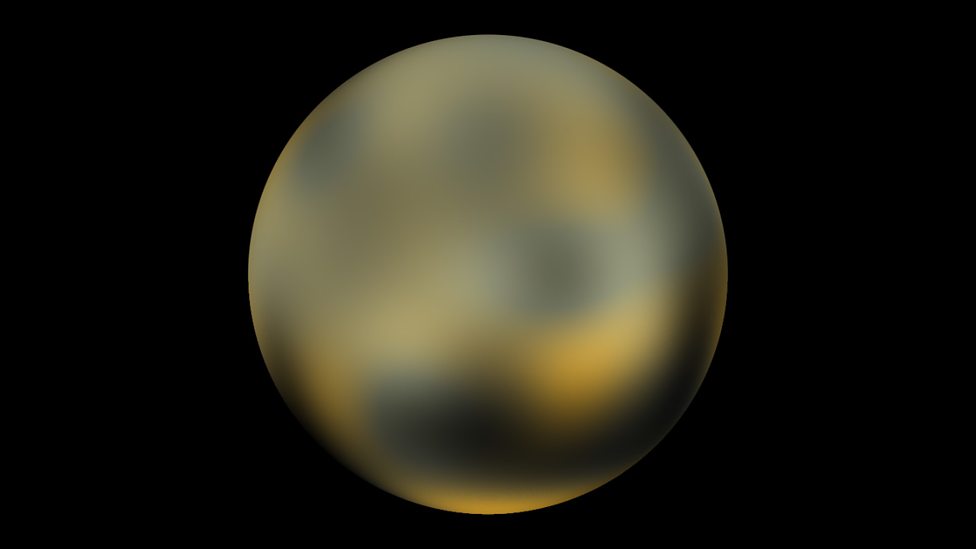 The Pluto/planet definition debate just took a turn toward the tenor of the 2016 US presidential election, with the most outrageous remarks coming from scientists.

It seems IAU Secretary General Piero Benvenuti and the scientist who co-discovered a planet but wants people to believe he “killed” one—Mike Brown—are tired of the debate and just want it to go away—or so they say.

Incredibly, Benvenuti thinks the debate has lasted this long solely due to Alan Stern! In a Canadian CBC News article dated March 24, 2017, he makes the following statement when asked why the debate has gone on for a decade after the 2006 IAU vote:

There are so many things wrong with this statement that it’s hard to know where to begin addressing them!

Let’s start with the fact that the IAU describes its mission as “safeguarding the science of astronomy.”

Alan Stern spent 25 years tenaciously advocating an unmanned mission to Pluto. Because of his persistent dedication and effort, 7.5 billion people on Earth now have close up, high-resolution photos of Pluto. Because of the mission he fought for and put both brains and heart into for two-and-a-half decades, humanity has in-depth knowledge of the Pluto system, including its geology, its weather, its history, etc.

If not for the efforts of Alan Stern—along with those of the New Horizons team members—we would have nothing more than blurry pixelated images of this fascinating world. 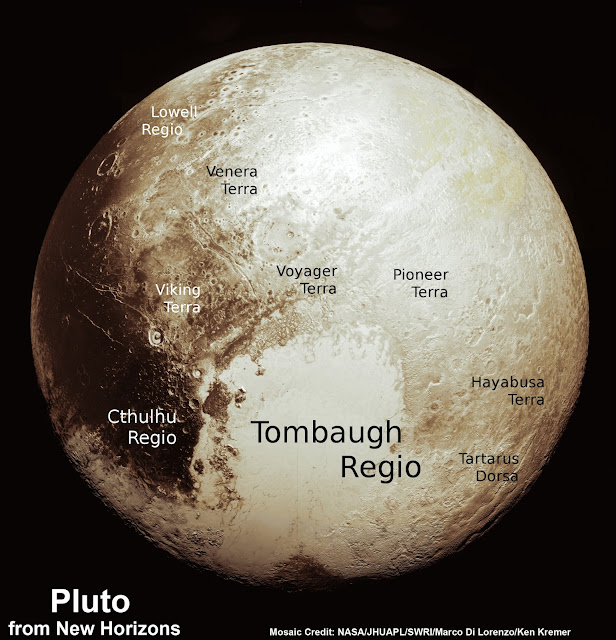 One would think the head of an organization that bills itself as “safeguarding the science of astronomy” would give its highest commendations to a scientist who revealed a whole world and its system of satellites to the people of this planet.

Yet all Benvenuti can do is scapegoat and condemn Alan Stern—proof yet again that the IAU is more interested in safeguarding its self-appointed “authority” than the science of astronomy.

Galileo experienced a very similar reaction from the institution that saw itself as the “authority” of his day regarding astronomy.

Unfortunately for the IAU, the organization has no power to put Alan Stern under house arrest. Science by authority went out as of 1610.

Benvenuti does not even get the name of the Pluto mission right, erroneously referring to it as “Horizons” rather than New Horizons.

He claims French, Italian, and Iranian school boys—notice he did not even mention girls—are not sending him letters about Pluto. How do we even know this is true other than the fact that he says so? It’s quite easy to delete emails one does not want to read or send them to the spam filter. Benvenuti’s claim has no more to back it up than does Donald Trump’s claim that millions of illegal immigrants voted against him.

Even if schoolchildren of both genders aren’t writing to him, the reason is probably that they do not know who he is. People concerned about Pluto typically write to NASA, Neil de Grasse Tyson, and the American Museum of Natural History—the institutions or people they associate with either Pluto or astronomy in general. They are more likely to contact planetariums and observatories, especially those in their areas, than they are to write to the Secretary General of the IAU.

Benvenuti’s statement is a barely veiled claim that it is only Americans who care about Pluto’s status, and this is blatantly false. Support for Pluto’s planethood is not about American nationalism. It is about people looking at Pluto and seeing a planet. 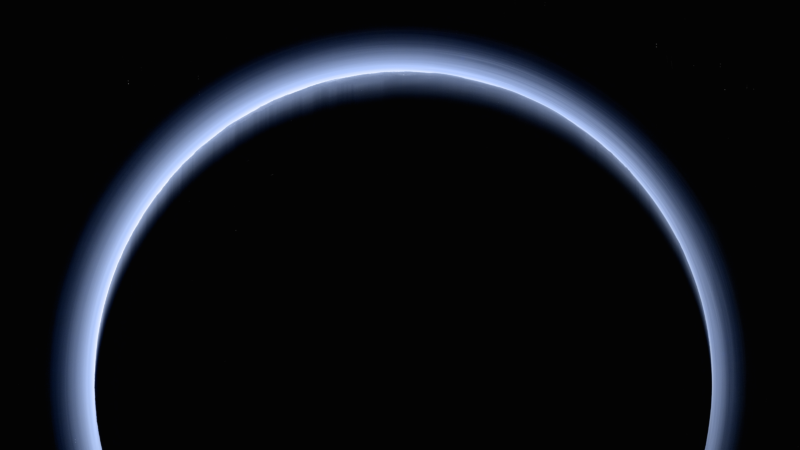 If he thinks Alan Stern is the only reason the debate continues, he is sadly mistaken.

More than 300 planetary scientists signed the 2006 petition rejecting the IAU resolution. Numerous scientists have spoken and written against it over and over again for more than 10 years. And they have been joined by a large cohort of amateur astronomers, educators, writers, and members of the public around the world who continue to express their active opposition to the definition that states a dwarf planet is not a planet.

Even scientists not as vocal, such as Dr. Barrie Jones, author of Pluto: Sentinel of the Outer Solar System state they have no problem with the term “dwarf planet” but add that they reject the notion that dwarf planets are not planets at all. Many deliberately use the terms interchangeably as a quiet means of support for dwarf planets being a subclass of planets.

Here are just a few of the planetary scientists and science writers other than Stern who publicly and actively reject the IAU planet definition:

This is just a short list, and I’m sure I will be adding more scientists and science writers to it.

There is also a huge movement online, sometimes humorously referred to as the “Pluto Resistance,” composed of thousands of people who have joined groups on Facebook and other social media opposing the IAU decision. Most also advocate planet status for the other dwarf planets, Ceres, Haumea, Makemake, and Eris. The largest such group is the Society of Unapologetic Pluto Huggers on Facebook.

When Mike Brown says, “It's the same small group of people loudly complaining over and over the past decade” and claims the number of scientists who reject the IAU definition are “a vocal minority,” he is dead wrong.

His claim is the typical strategy of someone trying to discredit a movement by denying its popularity and attributing the position he opposes to only the outspoken people in the forefront. Like a typical politician, he simply repeats the same claim over and over again, with no proof whatsoever of its veracity.

Incredibly, Brown goes on to describe some of the pro-Pluto arguments as “insane!”

Of course, he does not say which arguments he deems insane. That would require him to give voice to those arguments and actually refute them. Ironically, he accuses the pro-Pluto side of being motivated by nostalgia and emotion when his tone makes it clear that his comments are driven by the emotion of frustration—frustration that he cannot get the world to accept his view of the solar system, even after more than a decade.

He, too, demonstrates ignorance regarding the New Horizons mission, stating, "If they can't make the case that the object that they sent their billion-dollar spacecraft to is interesting without having to co-opt the word planet, then they should have their spacecraft taken away from them. I mean, that's insane."

New Horizons’ total cost was $700 million, not billions of dollars.

Notably, JPL, where Brown is based, competed with APL in Maryland for a Pluto mission proposal in 2001. APL ultimately won the contest, which may be the source for the statement about taking the spacecraft away from the New Horizons team.

One thing supporters of the IAU definition have jumped on is the geophysical proposal’s inclusion of spherical moons as planets. The media has not helped, depicting the idea as far-fetched when that is hardly the case. Some of the top contenders for hosting microbial life in our solar system are spherical moons. These could someday be destinations for solar system colonization.

Even the evasive “Earth 2.0” could end up being the large moon of an even bigger exoplanet.

Spherical moons have been referred to as secondary or satellite planets for centuries. Their scientific classification as planets does not mean people cannot continue to refer to them as “moons.” It simply distinguishes those moons large enough to be rounded by their own gravity from the smaller, irregularly-shaped ones.

Brown exploits the issue of moons when, presuming to speak for everyone, he audaciously claims, “Nobody wants the Moon to be a planet” and laughs about it.

Since Brown personally and financially benefits from the Pluto debate by selling books and giving paid talks, one could question whether he really wants it to “go away.”

But contrary to his claim, Pluto is not just “one of many thousands of objects in the outer solar system.” It is one of a class of planets most numerous in our solar system and very different from those thousands of tiny KBOs.

Ironically, the world will get to know small planets, KBOs, and the outer solar system thanks to New Horizons’ extended mission.

If Benvenuti really wants the debate to “go away,” he should ask the IAU to rescind or suspend the 2006 resolution based on new data about Ceres and Pluto as well as the ever increasing number of strange exoplanets being discovered. Such a statement could simply acknowledge that it is far too early in our exploration of planets to come up with any specific definition, especially one so polarizing and exclusionary.

The IAU seems to want people to blindly follow its edicts. Maybe they need a reminder of Albert Einstein’s admonition, “Unthinking respect for authority is the greatest enemy of truth.”

We are not going away. The Pluto Resistance continues… 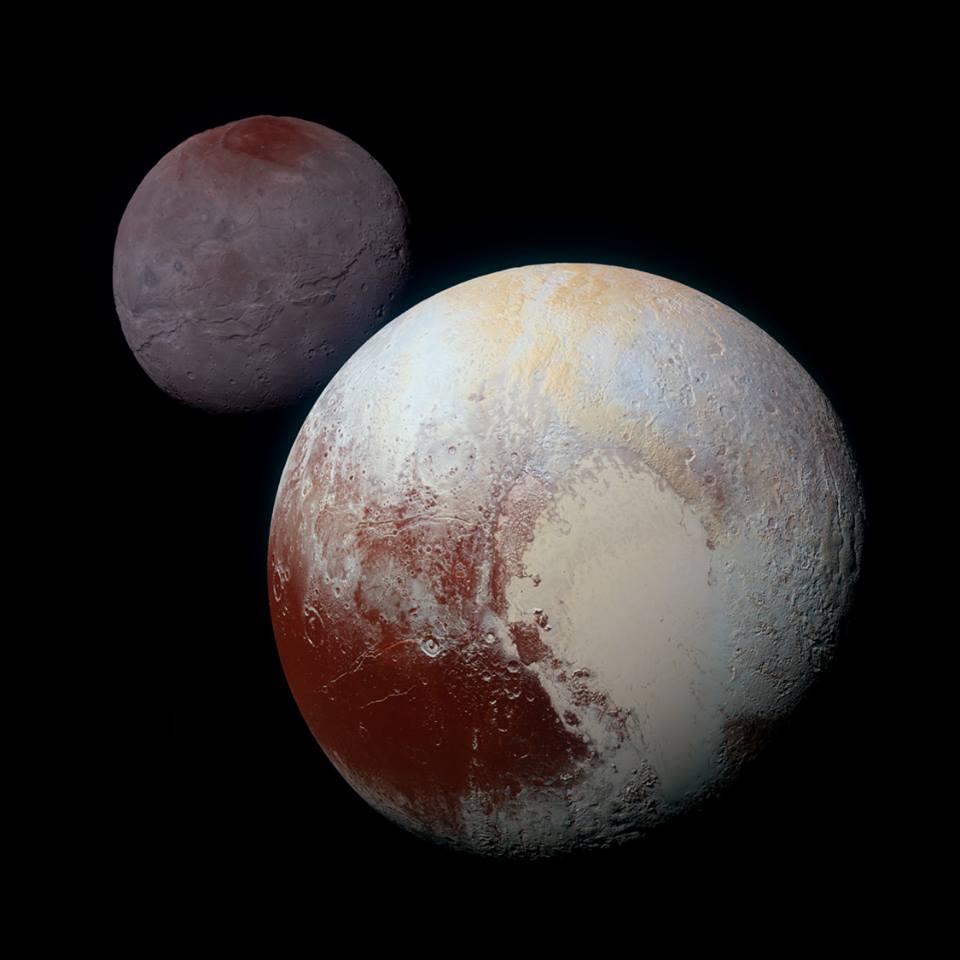 Posted by Laurel Kornfeld at 6:15 PM

Great article, Laurel! Thanks for writing it! :-D <3

Great article, Laurel, thanks for writing it! :-D <3